In light of previous perceptions of the organisation, The Owls Trust received a number of candidates for its board elections in May and once elected, the new board rebranded the organisation to a much more fan-friendly name of 'Wednesdayite' in August 2005. Jim Harrison was replaced at this same time as Chairman by Darryl Keys, a former merchant banker with responsibility for Sports Finance.

Despite regular attempts to communicate with the club's directors (as dictated by the members who voted massively in favour of working with the incumbent board) many in that board were still hostile to Wednesdayite.

Whilst Wednesdayite's 10.07% shareholding was regarded as a valuable asset for a supporters' trust by the Government initiative, Supporters Direct and their member trusts, the Society courted a lot of controversy with the Sheffield Wednesday board and sections of fans.

In July Wednesdayite were accused by Dave Allen of being responsible for the collapse of a takeover by former Everton director Paul Gregg due to their shareholding, a claim which Wednesdayite denied. In the months and years that followed, Wednesdayite balloted both members and non-members to gauge opinion on their shareholding across the entire fanbase; and held a vote to decide if members would be willing to listen to offers from any new investor.

Members voted in favour of listening to offers and Wednesdayite, on 2 October also pledged their shares to a scheme backed by the Sheffield Wednesday Shareholders Association to listen to any offers from new investors willing to achieve a 51% shareholding in the business. 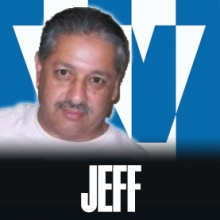 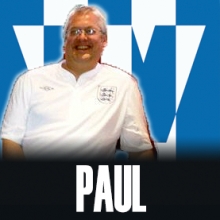 Owls Blog
Oh yes he's here, the one you've all been waiting for, Lord Hillsborough is back with his latest Owls blog for Wednesdayite.com.

Lord Hillsborough lets us 'through the keyhole' this month and shares with us his garden, or pitch as he calls it, which he loving takes care of daily with his groundsman.
Read more

Wednesdayite Limited understands that your privacy is important to you and that you care about how your personal data is used. We respect and value the privacy of everyone who visits this website, www.wednesdayite.com (“OurSite”) and will only collect and use personal data in ways that are described here, and in a way that is consistent with ourobligations and your rights under the law.