Owls Blog - Is Dave Jones In His Death Throes?

Joe Crann returns to Wednesdayite.com with his latest blog looking back on the seasom.  Joe is based in South Africa and is a journalist for Soccer-Laduma, Africa’s biggest football publication.  He's Sheffield born and bred and moved over to Cape Town, South Africa in 2011.

Out with the old, in with the blue…

Well, that’s another season done and dusted… It seems like just yesterday that I was going to watch my first ever live game back in 1997 when Wednesday played Leeds at Hillsborough. That was 1997, and I was seven-years-old. Time flies.

Anyway, it’s been a helluva long time since I last wrote for the lovely folks at Wednesdayite.com, but it’s the end of the season now and I felt that it was time to get back into SWFC writing mode. The South African football season has had me bogged down in recent months and, to be honest, Wednesday have been my only escape.

It’s been a pretty stop/start season for us this year, it started badly under Dave Jones, got magnificently better once Steve Gray got involved and then petered off towards the end. If I’m honest, a 16th place finish really isn’t bad given the start that we had (13 games without a win as you’ll remember), and after all, we did beat Leeds 6-0. 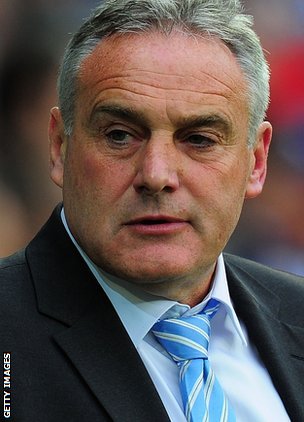 Obviously the 2014 Sheffield Derby that never was was a big blow. The whole city was hoping to see Wednesday v United in the FA Cup but our boys just weren’t good enough and it wasn’t to be. It hurt, but at least them Blades stayed down in League One.

They’ve just announced that a number of our out of contract players have been let go, while some will be offered new deals, and that’s the best way to do things in my opinion. Make your mind up early and start planning for next season.

For me, we need to cut out the loans as much as we can. Unfortunately we’ll never really challenge for promotion until we have a strong, regular spine in our team that can be a constant.

One or two good loanees doesn’t hurt, players like Connor Wickham for instance, but the bulk of the guys need to be on our payroll and playing for our badge if we’re going to get anywhere, not just wracking up game time because they can’t get in elsewhere.

Get Chris Kirkland and Glenn Loovens tied down long-term, try and persuade Oguchi Onyewu to stick around a while longer and then bring in a couple of real signings, a mix of youth and experience, and build around them. If we do that then I genuinely believe we can push on next season.

Loan players are a short-term fix, they usually are anyway, and next season we need to be aiming to do more than just survive. We consolidated this term, now it’s time to kick on. Maybe we don’t make the playoffs, but lets aim for top 10, that’s doable.

I’ve been proud to call Sheffield Wednesday my team this season. So many times we’ve come from behind to get a result, and the tribute to Johnny Eales was something really, really special. Next season, with the bit of recruitment, a tighter defence and the same amount of support I think we can really go places.

Ever the optimist, ever a Wednesdayite

Can we kick it? @YesWeCrann

The views expressed in Wednesdayite.com blog articles are those of the author and not necessarily the views of Wednesdayite, The Sheffield Wednesday Supporters Society Ltd, or anyone associated with the society.
Read 10051 times

Tweet
More in this category: « Owls Blog - Us And Them: What's In A Name? Owls Blog - Paul Corry Graduates To The Hillsborough Limelight »
back to top